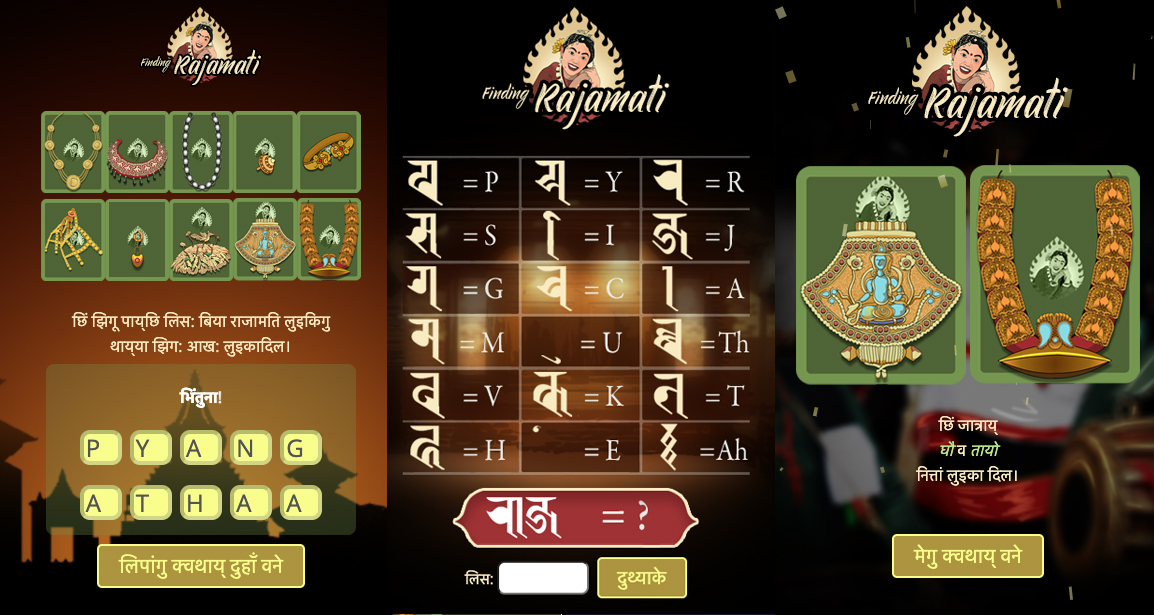 “Finding Rajamati” is the first computer game playable in Nepalbhasa and Nepali languages.

It is about a female character, which also sets it apart from most of the other games. In the game, players trace her journey over five locations including Ranjana script tuition, friend’s house, restaurant, cinema hall and jatra, where she has dropped two ornaments each.

The game was released by Mrs Rukmani Manandhar, President of Pasa Puchah Guthi UK London at an event to mark 4th World Newah Day on 27th March 2021. At the event, English translation of the Newah folk song ‘Rajamati’ collected by late scholar Thakurlal Manandhar, was recited by his son and one of the founders of Guthi, Mr Shashidhar Manandhar. The event conducted by Guthi’s General Secretary Ms Pranisha Shakya was attended by Guthi’s founding President Mr Amrit Sthapit, and past Presidents Mr Krishna Chakhun, Dr Sachetan Tuladhar and Mr Sanyukta Shrestha, along with founding President of World Newah Organization Dr Bal Gopal Shrestha from Netherlands, and past General Secretary Dr Subhash Ram Prajapati from USA.

Players collect those ornaments by answering two relevant questions at each location. Finding each ornament unlocks one letter from the name of the place where she is to be found in the current level. Once the players decode the place name, they drag-drop traditional ornaments to their named boxes, using all the information gained so far about them in the game. 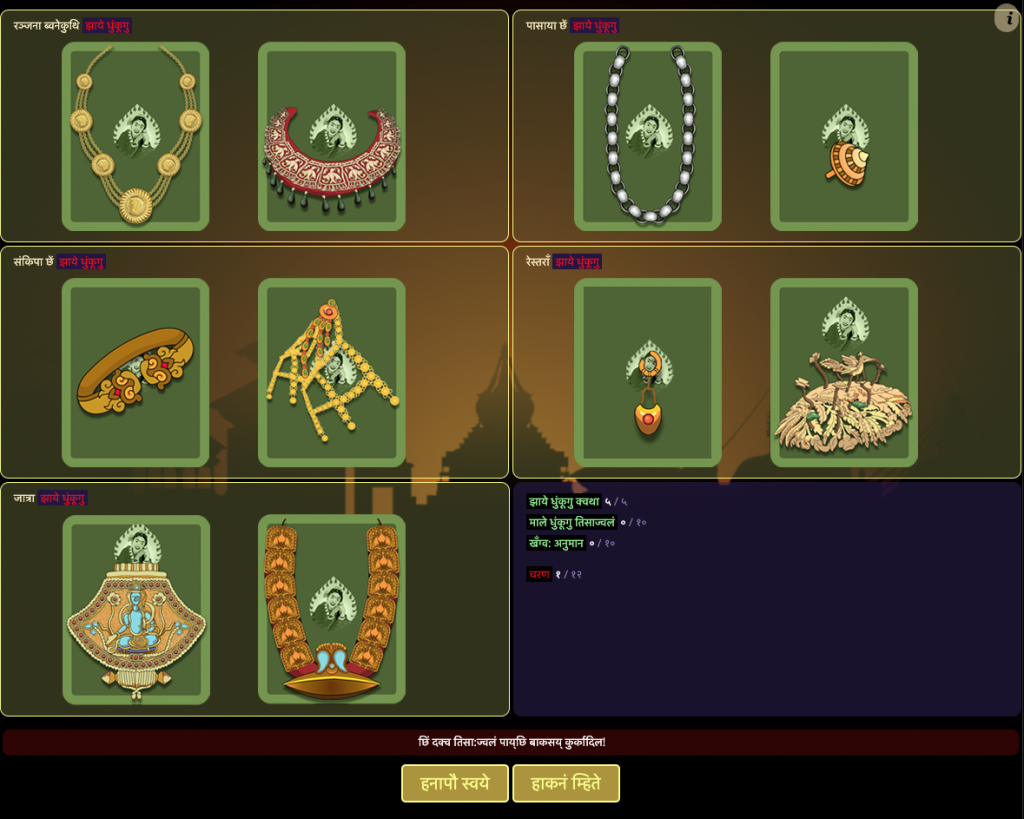 There are a total of twelve such levels or rooms to complete, on completion of which, the players receive digital certificates issued by Pasa Puchah Guthi UK London. The idea of the room is that of an ‘escape room’, which means if players play the game from different places but choose the same room, they see the same questions on the screen, giving them an experience of playing together. 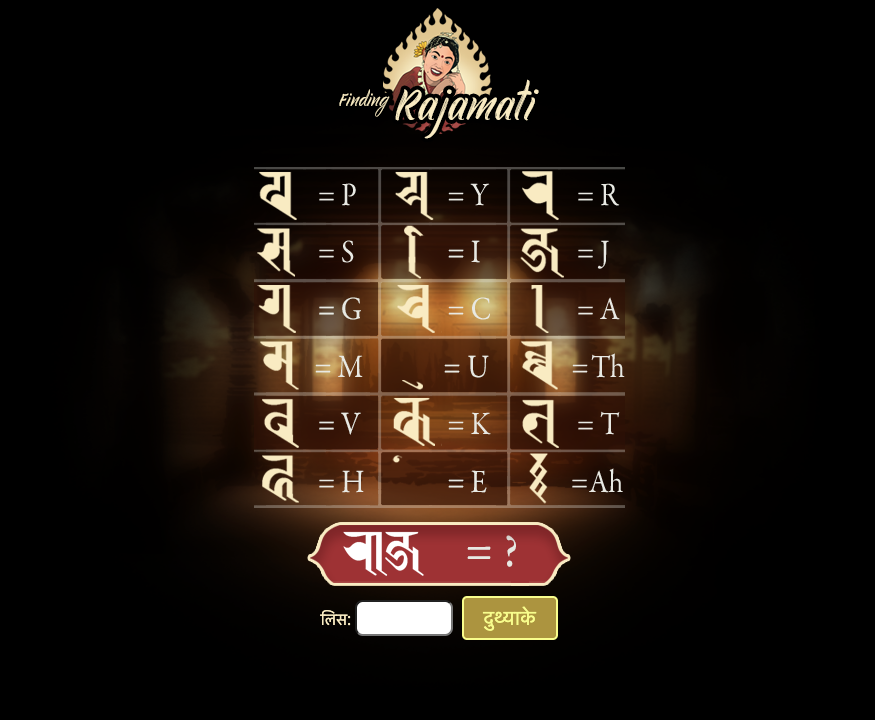 The game documents traditional ornaments, food, jatra, and place names of the Kathmandu valley, and Nepalbhasha movies. Also playable in English, the game offers an opportunity for kids to learn about culture and heritage outside their classrooms. Especially in light of the fact that now Nepalbhasha is made mandatory for the schools in Kathmandu, the game acts as an interesting alternative to textbooks.

The game tracks the player’s names and levels achieved, which will be announced on a monthly basis on yantrakala’s website and social media pages. The game needs no downloads and is readily playable for free over the internet using any device including desktop or laptop, tablets, and all models of  android or iPhone mobile devices, and all popular browsers including Chrome, Firefox and Internet Explorer. yantrakala plans to expand the game with more levels and mini games to be added in the near future. 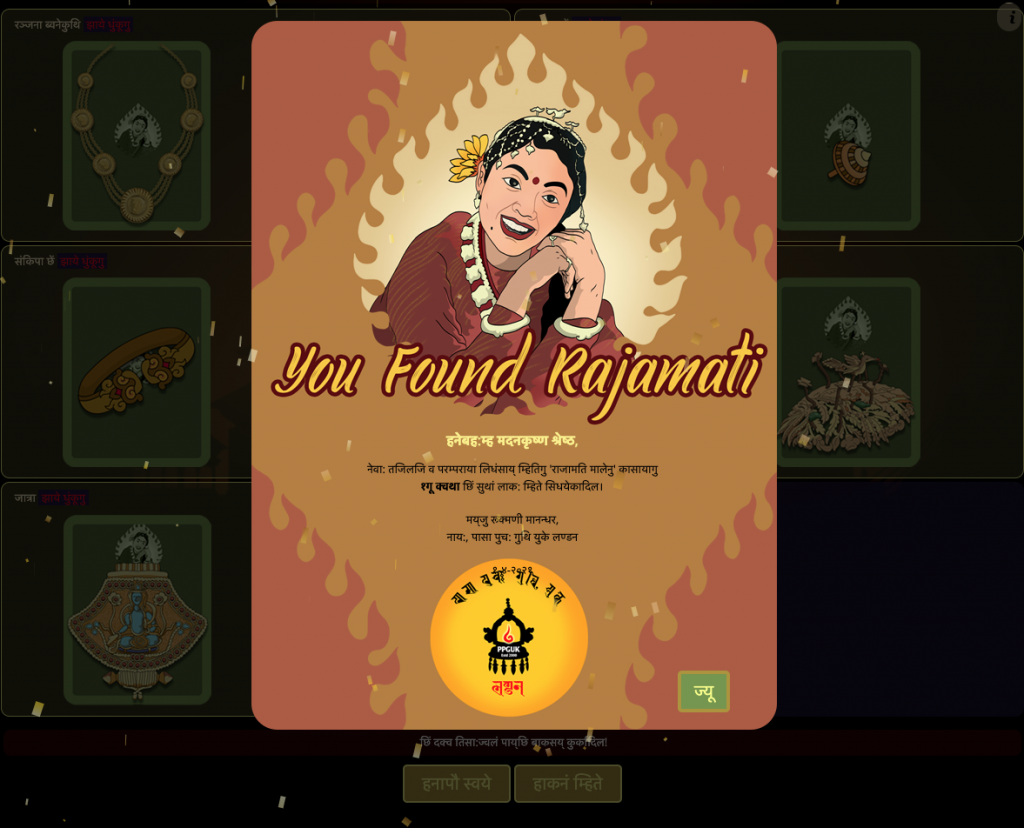 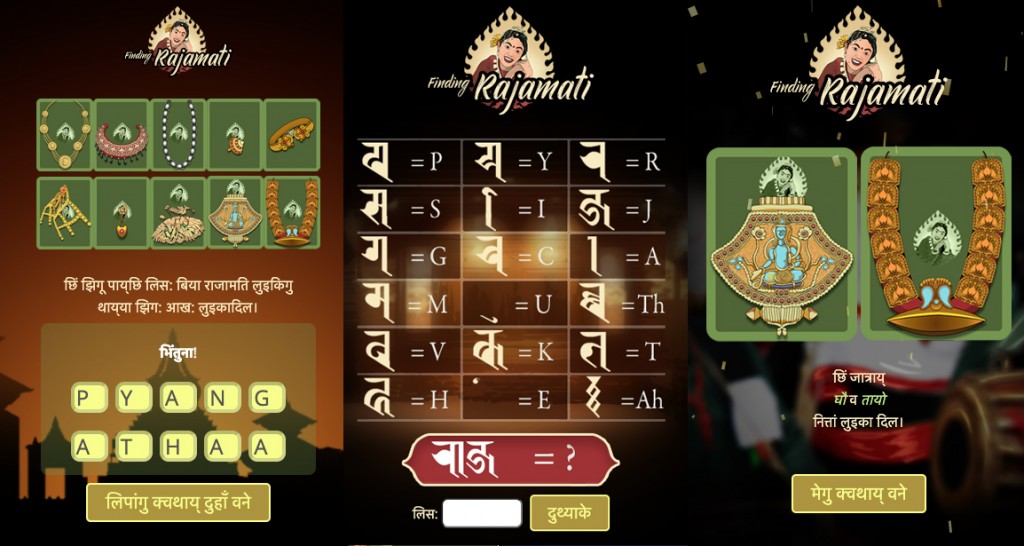